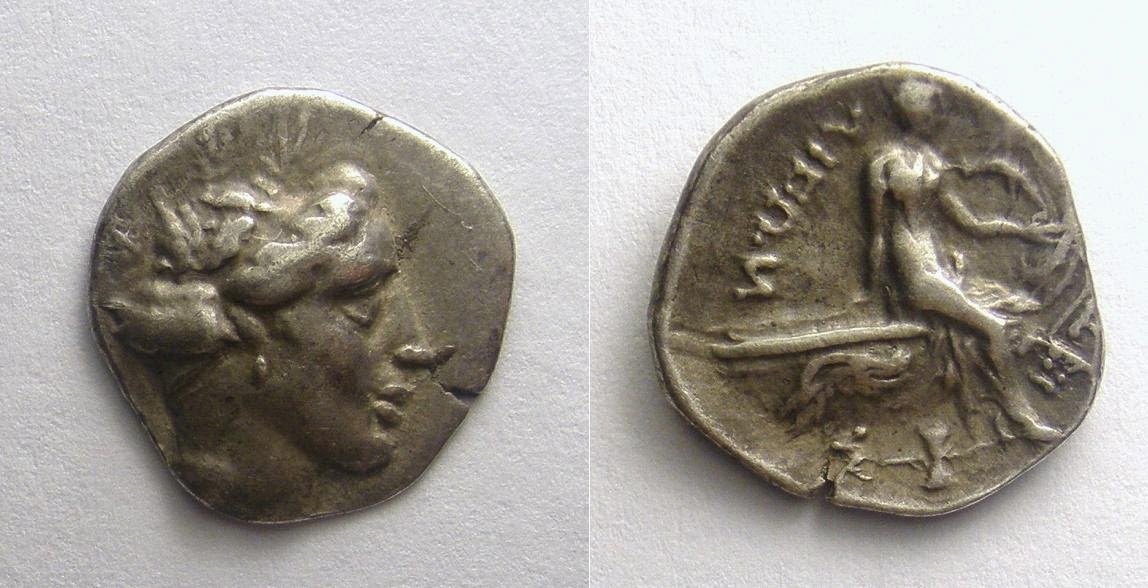 
O: Nymph hd r (not one of the more pleasing portraits from this series)
R: nymph std on galley, I]Σ T[I]/AIEΩИ (retrograde "N") bipennis under galley with sigma before it.

Ex: BCD (not in Lanz Catalogue)

The hoard was deposited circa BCE 75 and it's contents consisted of 1,260+ silver pieces of which more than 60% were either late Tetrobols of Histiaia or Hellenistic Triobols of Sikyon. The disposition of the hoard is noted as "in trade".


As noted above a number of pieces from the hoard are plated in CH VIII and this particular coin is one of them. (thanks to Sveto K. for the info from CH VIII***) 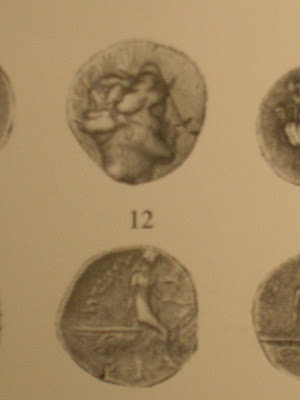 
Another source regarding this hoard is found in a footnote appearing on p. 200 of John D. Grainger's book The League of the Aitolians (Brill, 1999), footnote #52 reads "The latest hoard to contain an Aitolian coin is dated from c. 75 BC (Coin Hoards VIII, 517, from North of Larisa in Thessaly)." According to CH VIII, 517; only one coin from the hoard was of the Aitolian League and that was a quarter stater.
Posted by JG at 08:50