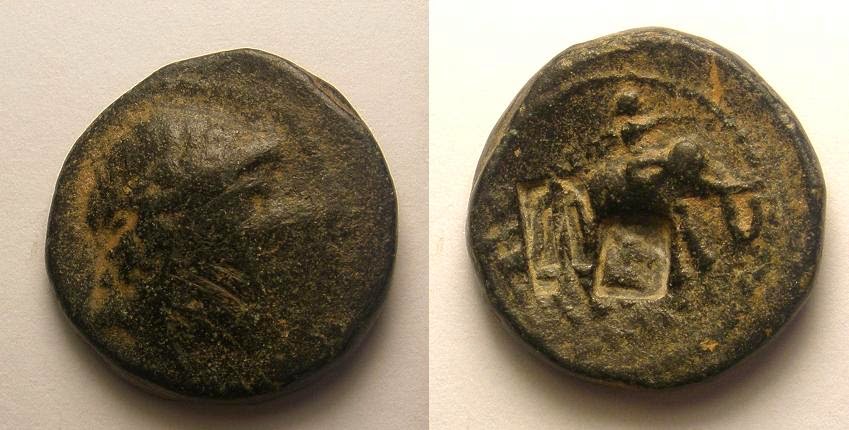 According to SC I, Appendix 2, pp. 66-68, "The...bronzes were apparently countermarked first with a horse head, and later with an anchor, to make them "equivalent" to later issues of similar type that had these symbols in the die. The countermarking was probably an aspect of currency regulation by the military: The Seleucid army needed to impose the use of this fiduciary coinage on the population of Ptolemaic Coele Syria during the Fifth Syrian War in order to ensure provisions for its troops." (p. 66)