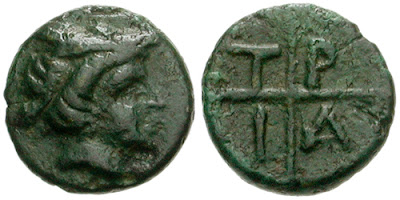 Regarding Tragilos, Benjamin H. Isaac wrote in his The Greek Settlements in Thrace until the Macedonian Conquest (Leiden; Brill, 1986, p. 54) “Tragilos is mentioned by Stephanos and twice in the tribute lists. It appears twice on inscriptions of the fourth century. On an inscription of 363 BC occurs Lygdamis Tragilios and the list of Epidaurian theorodokoi from 360 BC contains and entry ‘Tragila: Peisies’. The sequence of cities in this section is the following: Olynth, Apollonia, Arethousa, Arkilos, Amphipolis, Berge, Tragila….Tragilos is, finally, known by the coins it issued between c. 450 and c. 400 BC. It is suggested that Tragilos should be identified with Aidonochorion.”

Another source wrote “Tragilos: City in ancient Bisaltia, perhaps founded by Ionians from nearby Argilus. According to the excavation evidence, the settlement was destroyed by Thracian and Galatian invaders in Hellenistic times (3rd century BC) and abandoned.”
http://media.yen.gr/atlas/thesi_uk.asp?idthesis=51

According to Peter Green's chronology in Alexander to Actium the invasion mentioned above occurred in BCE 279 when the "Gauls" invaded Macedonia and desecrated the royal Macedonian tombs. As they invaded Greece they were routed by the Aetolians and in turn crossed to Asia Minor where they eventually settled in Galatia in Phrygia. (p. 693)

This particular coin has a very nice provenance beginning in the 19th century: 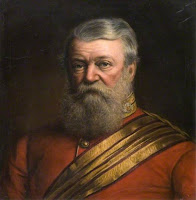 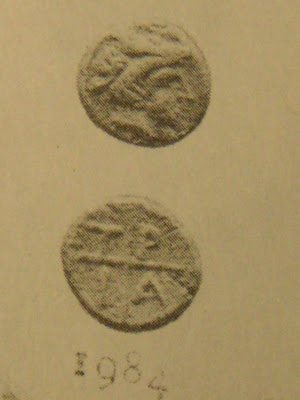