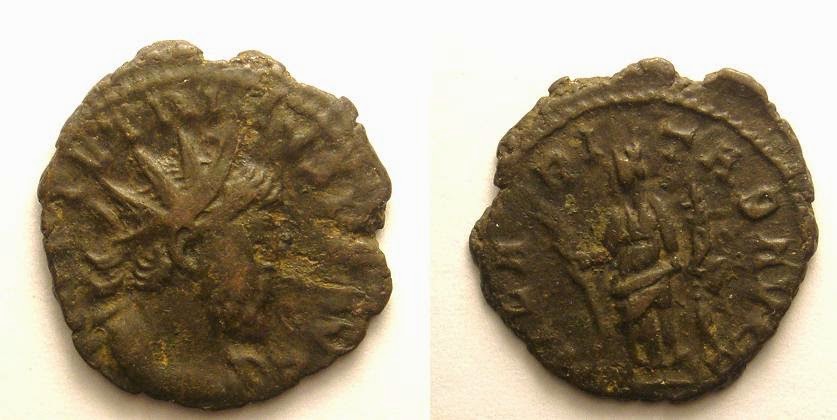 ON A HOARD OF ROMAN COINS FOUND AT BLACKMOOR, HANTS. by Selborne

On the 30th October, 1873, two earthenware vases (I suppose "ollse"), containing altogether, as counted by me, 29,802 coins, and which must have originally contained a still larger number, were dug up in Blackmoor Park. The spot where they were found is in the parish of Selborne, half-way between Alton and Petersfield, on the western border of Woolmer Forest, about a quarter of a mile N.W. of Woolmer Pond, and close to the point where the Gault clay, which lies below the hills connecting the North with the South Downs, joins the Lower Green sand of the forest. Within a mile of the same spot, in another part of Woolmer Forest, a considerable number of broken swords and spear-heads, &c. (all of bronze) were found one or two years before ; and at the latter place, a year afterwards, about one hundred coins of the Tetrici and Victorinus, with a few of Gallienus, were also found. In the grounds of Blackmoor House many fragments of Roman pottery, with some entire and some broken sepulchral and other vases, and a bronze enamelled cup, with bronze and iron axe-heads, and other articles in metal, have also lately been found ; and in the last century large numbers of Roman coins, of Commodus and earlier emperors, were found in the bed of Woolmer Pond ; where a few, of the same period, have also been picked up within the present century.
The two pots, in which the 29,802 coins were found, were both of the same size and form : pear-shaped, rather more than a foot high, with a maximum diameter of about a foot. The exterior ornamentation (which was slight and simple) was not the same in both. The upper parts were broken, and the lids or covers were missing. The coins in them were closely packed, and caked together with dirt and verdigris ; so as to make it necessary to have those specimens which were worthy of special attention and study {the best of which are now collected in a cabinet at Blackmoor) cleaned.
from the NUMISMATIC CHRONICLE 1877, pp.90+
The Blackmoor hoard consisted of 29,773 coins dating to around AD 296. A battle in that year, probably at Woolmer, saw the troops under Emperor Constantius Chlorus defeat the army of the usurper Allectus to retake control of Britain. The hoard may have been the paychest for Allectus's troops abandoned after their defeat.

“In 1975, the 4th Earl of Selborne decided to sell what he still had left of the hoard. Before it was auctioned by Messrs. Christie on 9 December 1975 he generously lent it to the British Museum to study for some four months and presented a selection of coins from the hoard to the Museum. Although by 1975 the find had been considerably depleted from its original total through the practice of its successive owners of making gifts from it on various occasions, there were still over 22,000 examples to be recorded. Another problem was that only about a third of the coins had been cleaned at the time of the discovery, and since the uncleaned coins were covered with a thick deposit which made them very difficult to identify it was necessary to clean them all before any work could be carried out on them….” 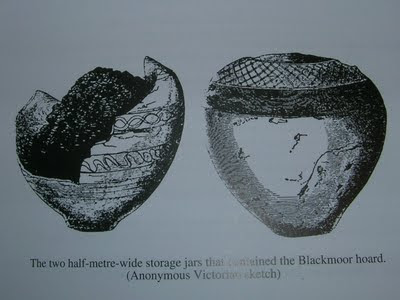