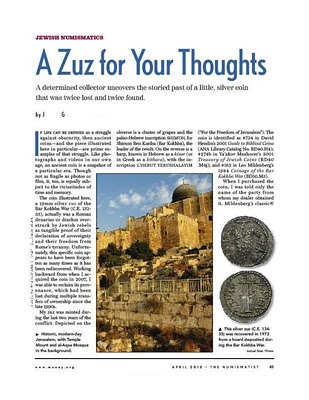 My article about the Bar Kokhba Zuz I acquired a few years ago was published in the latest issue of the Numismatist. If you'd like to see the info about the coin go directly to http://tinyurl.com/yhvrppd.
If you are not a member of the ANA and don't get to see the magazine but would like to receive a copy of the article, please email me at yofijr@hotmail.com to receive a copy by email.
If you'd like to become a member of the ANA,  go here
http://tinyurl.com/ydqy2vy to explore the possibilities. 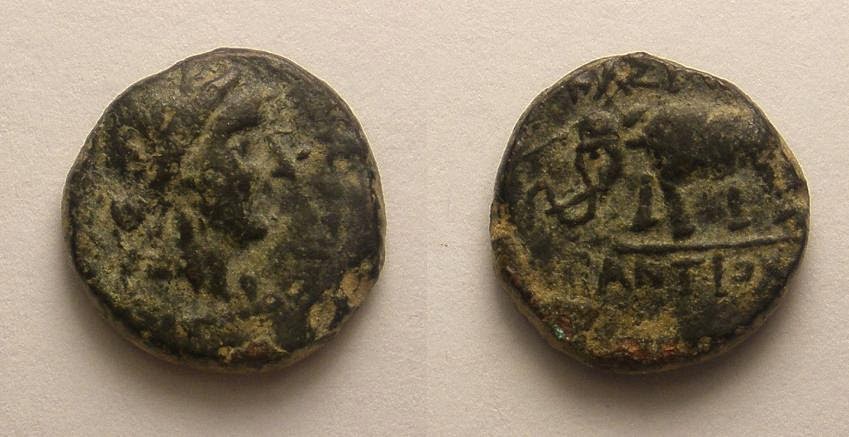 Update 26-06-10: CNG is selling another more worn example ex: J.S. Wagner in EA236:331 (closing 7 July), so this appears to increase the census to three now known, which makes it still a very rare coin but rating an R2 using AH's rarity indicators.
O: Laureate hd of Apollo r., with curly sideburn, no border visible.
R: ΒΑΣΙΛΕΩΣ (above) ANTIO[XOY] below, caps of the Dioscuri, no border visible.
Ex: D. Alighieri Collection
Posted by JG at 11:00

AR Tetradrachm, 24mm, 17.08 g, 9h.
Kroll 8,  SNG Copenhagen 31.
O: helmeted hd of Athena r.
R: AΘΕ,  Owl stg r., hd facing, olive sprig and crescent behind all within incuse square.
Dealer’s notes: Near VF, numerous test cuts and a banker’s mark on obv cheek and on reverse. Earthen encrustation.
This is the kind of Athenian Tet I have always liked. One that shows its wear, and having traveled somewhat extensively. The banker’s marks on the obv and rev both appear to indicate that this coin had traveled in the east and it is likely that is where it was found. 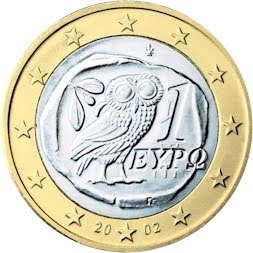 
This coin was Ex: Amphora/David Hendin and likely found in Israel as many of his Seleucid bronzes have been in the past. This was also likely sold via one of his numerous eBay auctions in the past rather than through his pricelist (at least pricelists going back to #87). 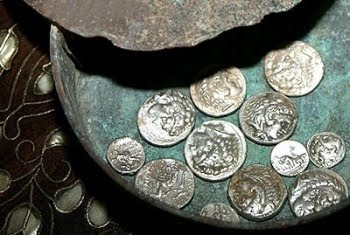 A collection of Hellenistic coins dating back to the era of Alexander the Great were found near Najm Castle in the Manbej area in Aleppo governorate (northern Syria ).

The coins were found by a local man as he was preparing his land for construction, uncovering a bronze box that contained around 250 coins. He promptly delivered the coins to the authorities who in turn delivered them to Aleppo Department of Archaeology and Museum.

The drachma coins bear the same images as the tetra drachma, with "Alexander" inscribed on 100 of them and "Philip" on 15 of them.

http://www.english.globalarabnetwork.com/201003025027/Travel/archaeological-findings-hellenistic-coins-discovered-in-northern-syria.html
Posted by JG at 04:52