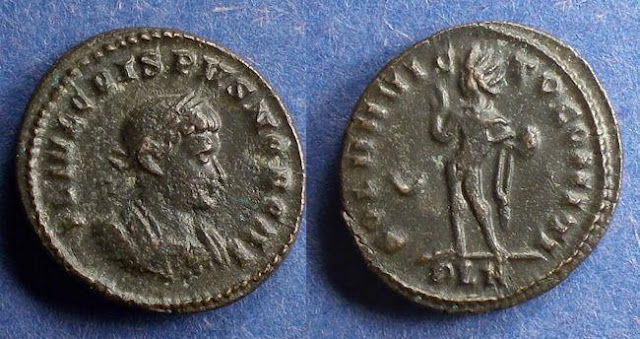 with thanks to Lee Toone for the Cloke/Toone info.
Posted by JG at 12:07

Lindgren also notes NISC "not in sources consulted and perhaps unpublished". Though it is now published in Lindgren (1993) though not found in any other sources nor recent auction records that have been consulted and therefore, possibly a rare or scarce piece.

with thanks to Pekka K and Mark Fox for the information related to the identification of this coin.
Posted by JG at 17:44


Date would appear on inner right beneath control, it is possibly present but obscured by an area of flatness. 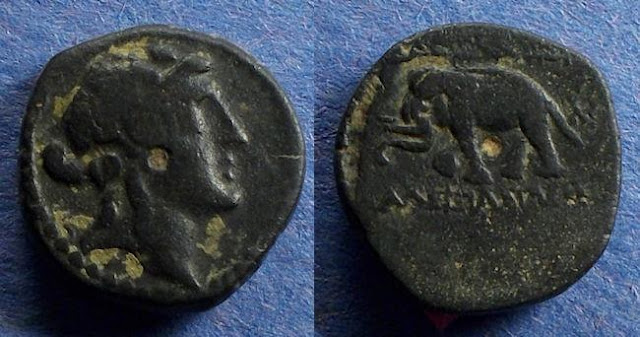 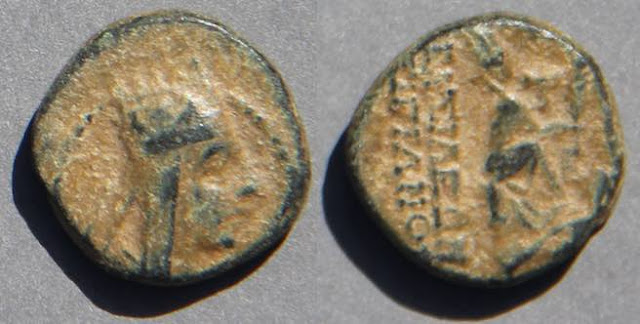 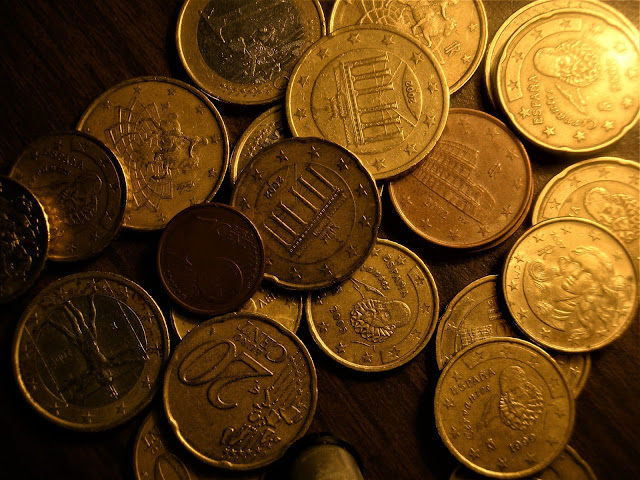 Pocket change from a trip to Italy Fall 2017 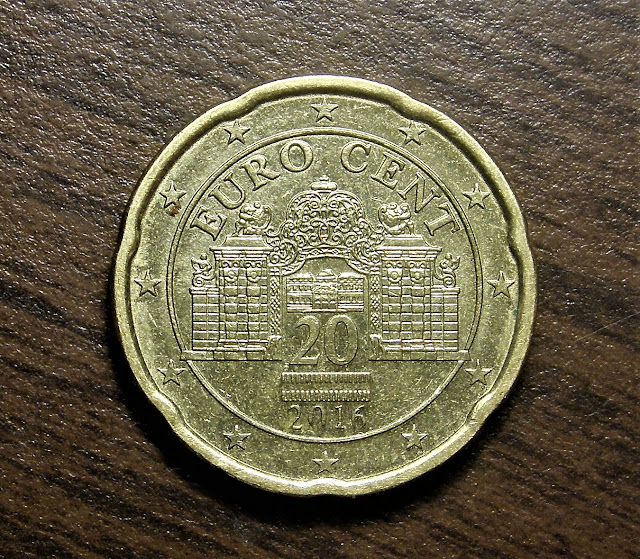 Some friends who are not collectors recently returned from a two week trip to Italy and brought back (at my request) their pocket change from the trip that ended up being about
€7,00 or 23 coins in denominations from 1c to €1,00 (2c coins were missing from this sample).
My interest in their pocket change was out of a curiosity based upon my interest in Roman coins and knowing a little about how Roman coins of different mints, some far afield from where they were eventually found in hoards circulated freely in the "common market" of the Roman Empire.
No hard and fast conclusions can be gathered from this small sample, but I find it interesting that for the first time since the collapse of the Roman Empire, Europe has a standard currency that circulates as its Roman predecessors did 18 centuries ago.
This sample of 23 coins can be broken down as follows with coins originating in:

The 56.6% of the sample originates from outside Italy, but the largest single contingent is Italian in origin, followed by Spain and Germany.

By denomination, the breakdown is as follows: 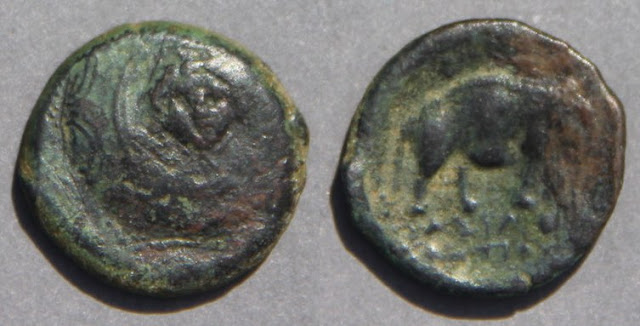 No controls visible nor Anchor symbol which should facing right above the elephant
Posted by JG at 14:28

A Visit to the UK and the New Pound Coin

In late July, during a visit to London and it's environs I encountered the New 12-sided Pound Coin in my change. The coin is obviously different from the old Pound Coins in that it is bimetallic and 12-sided to begin with, but it is supposed to be one of the most secure coins around (we shall see). Considering how the old pound was counterfeited, the Royal Mint better hope that it's micro-printing and other devices do in fact secure the coin for the foreseeable future.

Click on the link below to learn more about it's interesting features:

During a short visit to Ottawa this past week, I visited the newly opened Bank of Canada Museum across Wellington from Parliament Hill. I have to say that it was a wonderful visit to an engaging and enjoyable interactive museum experience. Not only for adults but for kids as well.

In addition, if you choose to visit this year, I also recommend visiting Park Jacques Cartier on the Gatineau, QC side of the Ottawa River where you can visit the amazing MosaϊCanada 150 outdoor sculpture garden. At the end of the tour, there is a Royal Mint of Canada booth where you can purchase commemorative coins for the 150th Anniversary celebrations this year. Many of the examples are 99.99% silver (as well as gold coin and colorized coin examples).

A circulating example of a 150th Anniversary coin is the "Loonie" without the Loon:

You would think that the portrait of the Queen would be less stylized and more authentic as it had been in the past, or as detailed as the reverse.

Another change since our last visit to Canada a few years ago was the introduction of Polymer bank notes. We found the notes in our possession seemed to wrinkle and stay that shape. Our Canadian friends said that the notes were not problematic to use and in fact they have no complaints about the new notes, that have been in use for about three years.  A black and white photo of a $5 bill in circulation appears below. The actual note is light blue in color. The notes have many examples of the latest in anti-counterfeiting technology and the Bank of Canada Museum has a great display relating to this and the history of Canadian paper money. Apparently, the polymer notes are expected to last 2-3 times longer then conventional paper money.

The key landmark in Ottawa is the impressive Parliament Hill Center Block with the Peace Tower as depicted below: 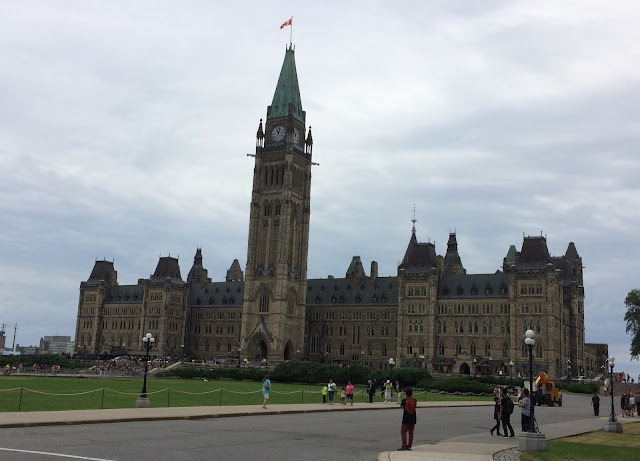 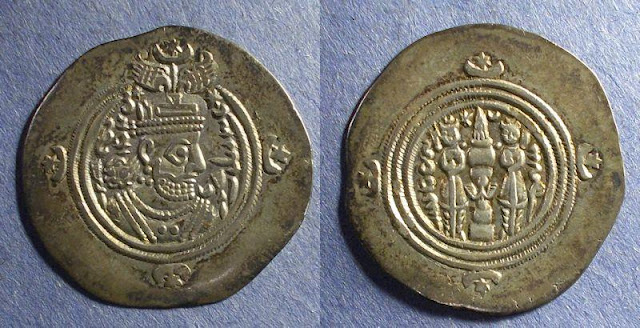 
Commemorates Trajan’s victory in the Second Dacian War.
Posted by JG at 06:12 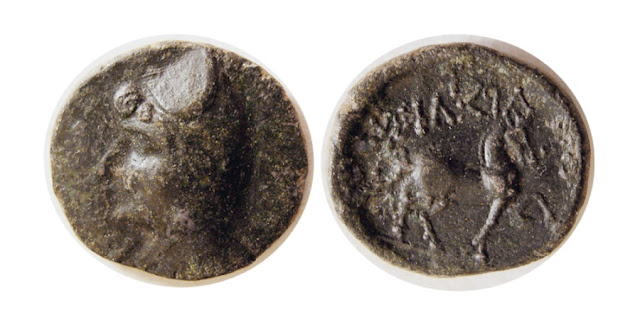 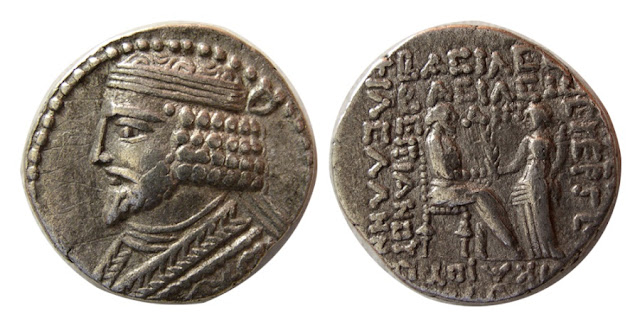 R: large IB with cross potent on two steps between. in ex. AΛEΞ
Posted by JG at 14:18 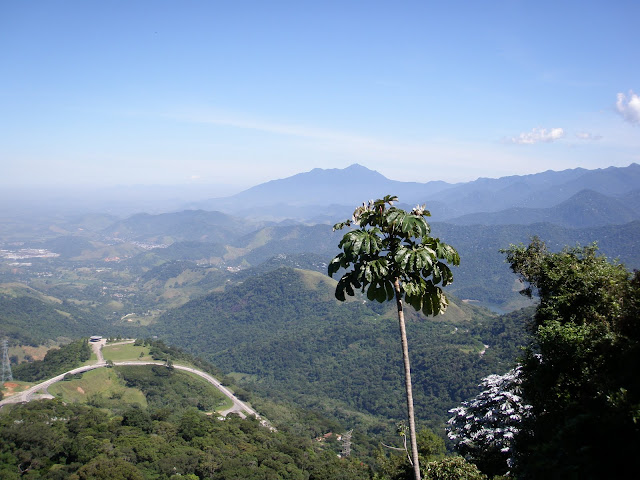 On the road from Rio to Petropolis, the Summer residence of D. Pedro 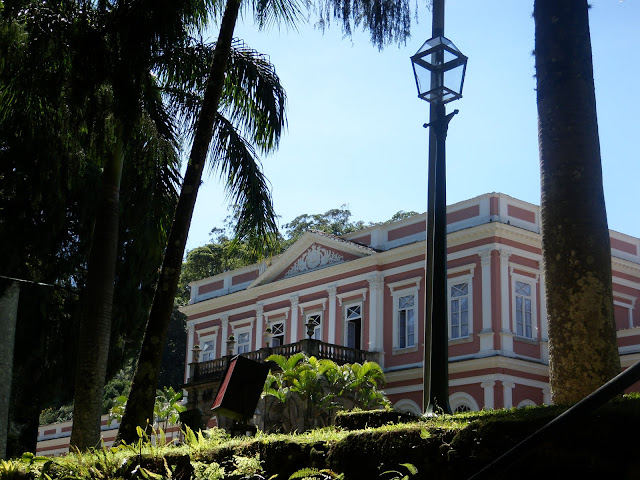 View of the Summer Palace in Petropolis 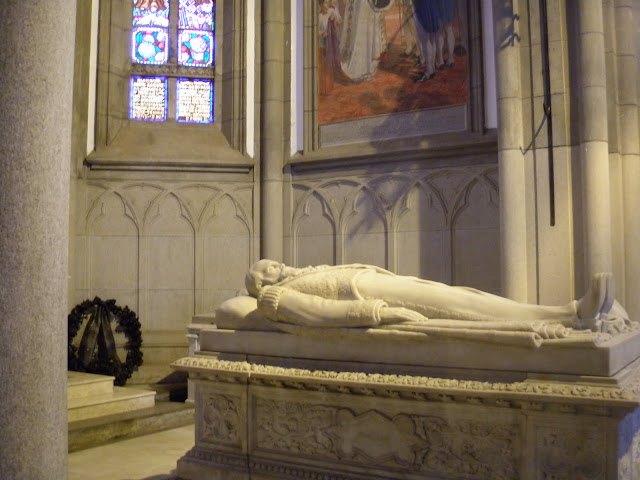 D. Pedro's final resting place in the Cathedral at Petropolis.
Posted by JG at 07:14

Undated Commemorative of 2007 Commemorating the 40th Anniv. of the death of Che Guevara
issued in CN and Copper plated varieties, both depicted here, but the difference in these two examples is also noted in their respective weights. (Cu plated example is 3.6 g heavier)
CN 1 peso, 38 mm, 26 g., Mintage: n/a presently.
KM # 871 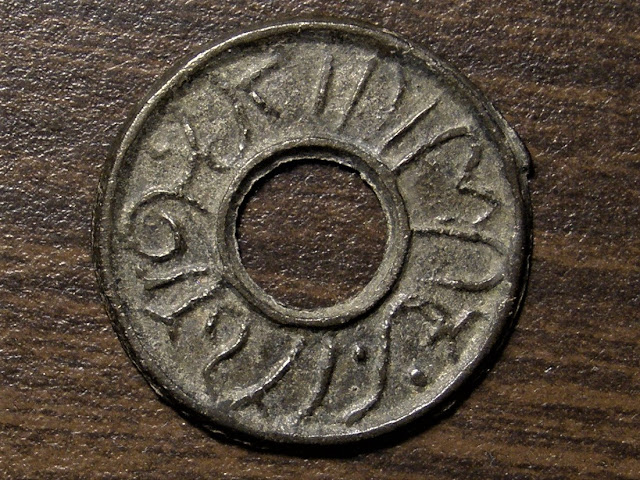 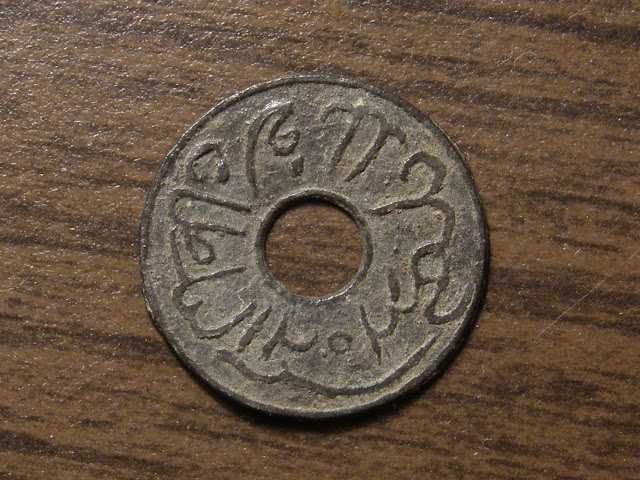 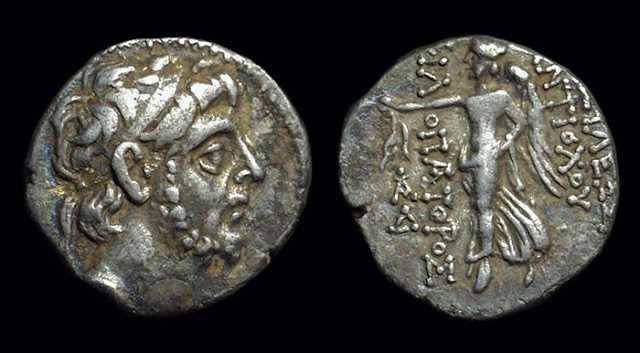 it appears that the write ups for the coins were taken literally from SNG Von Post. The information about the mint being Antioch and that the drachm is a variety of SMA 404 are wholly incorrect as we now know and likely an example of expediency rather than scholarship on the cataloger's part.
The winning bid of £638 for the lot exceeded the original estimates. In 1995 USD, that was equivalent to $1,006.70 or approximately $201.34 for each of the five coins in the lot.  With inflation, that winning bid would be approximately $1,623.58 or $324.72 for each coin in 2017 USD. (thanks to Ella Hall of Sothebys (NY) Coin Dept for price realized). 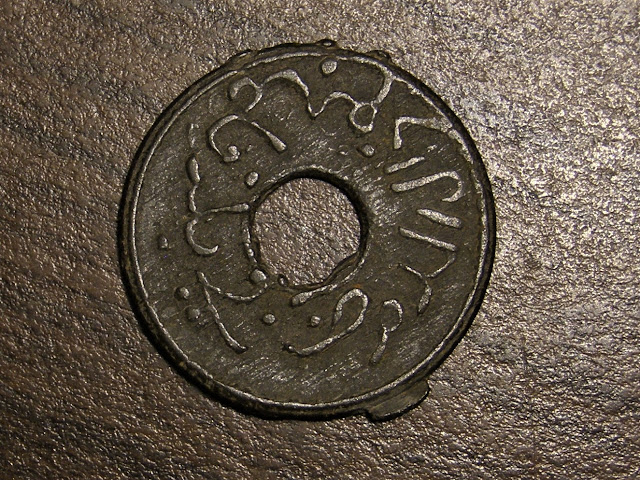 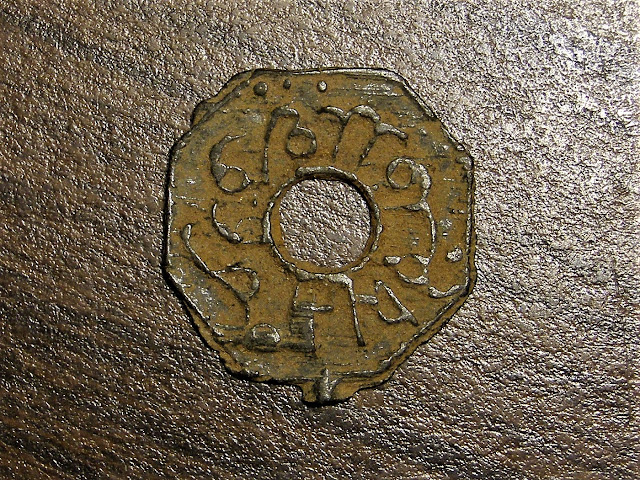 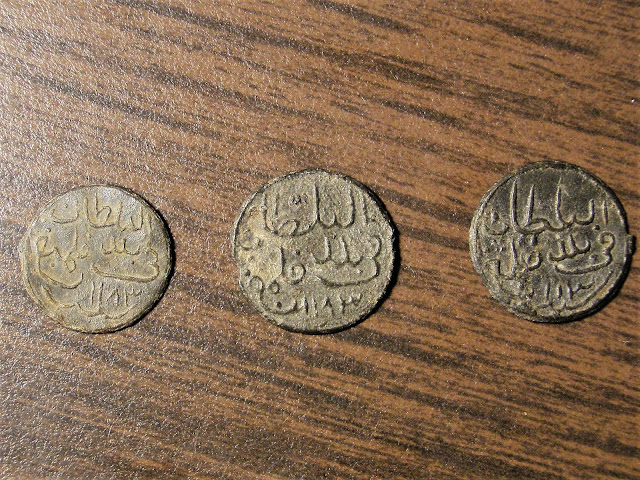 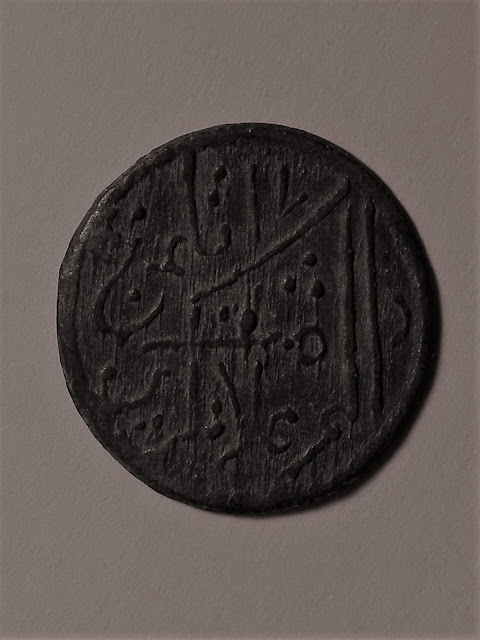 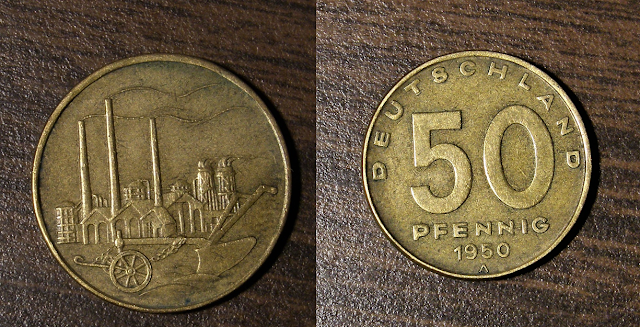 O: denomination above date and below Deutschland
R: plow in front of factory with tall smokestacks.
Posted by JG at 17:23